Home News A Wild Morning In Grapevine Ends With 15 Year Old Suspect In... 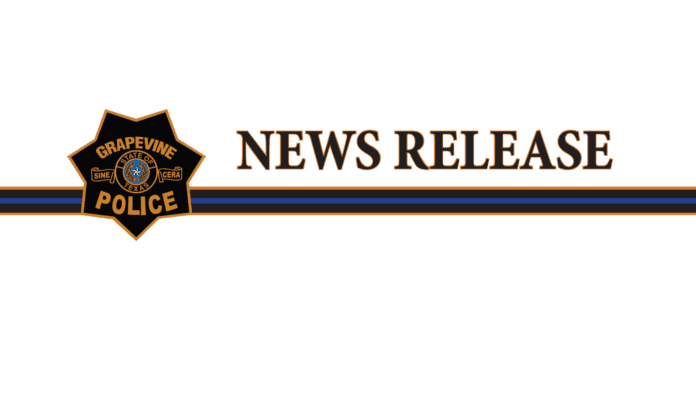 Reality Can be Stranger Than Fiction

Two stolen vehicles, a police chase, shots fired and a teen suspect bit by a police canine. While this might sound like a movie you just watched on Netflix, this is what happened in the Grapevine area earlier today.

After the responding to a major accident earlier this morning, Police soon found themselves in a pursuit that ended in Southlake. Grapevine Police Officers initially responded to an accident at the SH-114/SH-121 split near Main Street. The juvenile driver of a stolen vehicle struck the barrier dividing the two highways.

A Good Samaritan had stopped to help and call 911. You know the saying “no good deed goes unpunished, well the teen driver of the stolen car then stole the Good Samaritan’s truck and drove away. A witness helped by following the suspect until police located the suspect, and a pursuit began.

The suspect continued to flee, crashing into another vehicle near Moss Lane and East Dove in Southlake. The suspect then jumped out and started running south through a Southlake neighborhood. Witnesses saw him go into a backyard.

Police set up a perimeter and conducted a search, while DPS Air-One helped search for the suspect from the sky.

Officers located the suspect at 8:22 a.m. and took him into custody. He was transported to Baylor Scott and White Medical Center-Grapevine for treatment of a police canine bite. The juvenile has been identified as a 15-year-old male. The investigation is ongoing and multiple charges are expected.

The officer who fired his weapon is uninjured and on paid administrative leave, pending the outcome of a full investigation.

Grapevine Police thank Grapevine Fire, DPS Air-One, and Southlake Police and Fire Southlake DPS for their assistance in this case.