The cast of “A Bronx Tale” features ten alumni from the Broadway production. The cast is led by Joe Barbara as Sonny, Richard H. Blake as Lorenzo, Joey Barreiro as Calogero, Michelle Aravena as Rosina, Brianna Marie Bell as Jane, Antonio Beverly as Tyrone, Frankie Leoni as Young Calogero, and Shane Pry as Young Calogero Alternate.

Based on the one-man show that inspired the classic film, this streetwise musical takes audiences to the stoops of the Bronx in the 1960s. A young man is caught between the father he loves and the mob boss he’d love to be. Featuring an original doo-wop score, this is a tale about respect, loyalty, love, and above all else: family.

The one-man Off-Broadway play, A Bronx Tale, written and performed by Chazz Palminteri in 1989, was the nucleus of the hit musical. During its off-Broadway and subsequent Los Angeles engagements, Robert De Niro came to see the show. DeNiro brought the story and its star to the screen in 1993, making his film directorial debut in the process. Following the success of the film, Palminteri performed the one-man show “A Bronx Tale” on Broadway in the 2007-2008 Season.

“A Bronx Tale” creator Chazz Palminteri paid a visit to Dallas last month for pizza with the press at Campisi’s on Mockingbird. He gave local reviewers a “behind the scenes” look at the origins of the musical, inspired by the success of his one-man off-Broadway show. Cedar Hill photographer Chris Waits took this candid shot of Palminteri at the press event.

Original Broadway Cast Album of “A Bronx Tale” is now available on Ghostlight Records in digital formats, with CDs in stores and online. 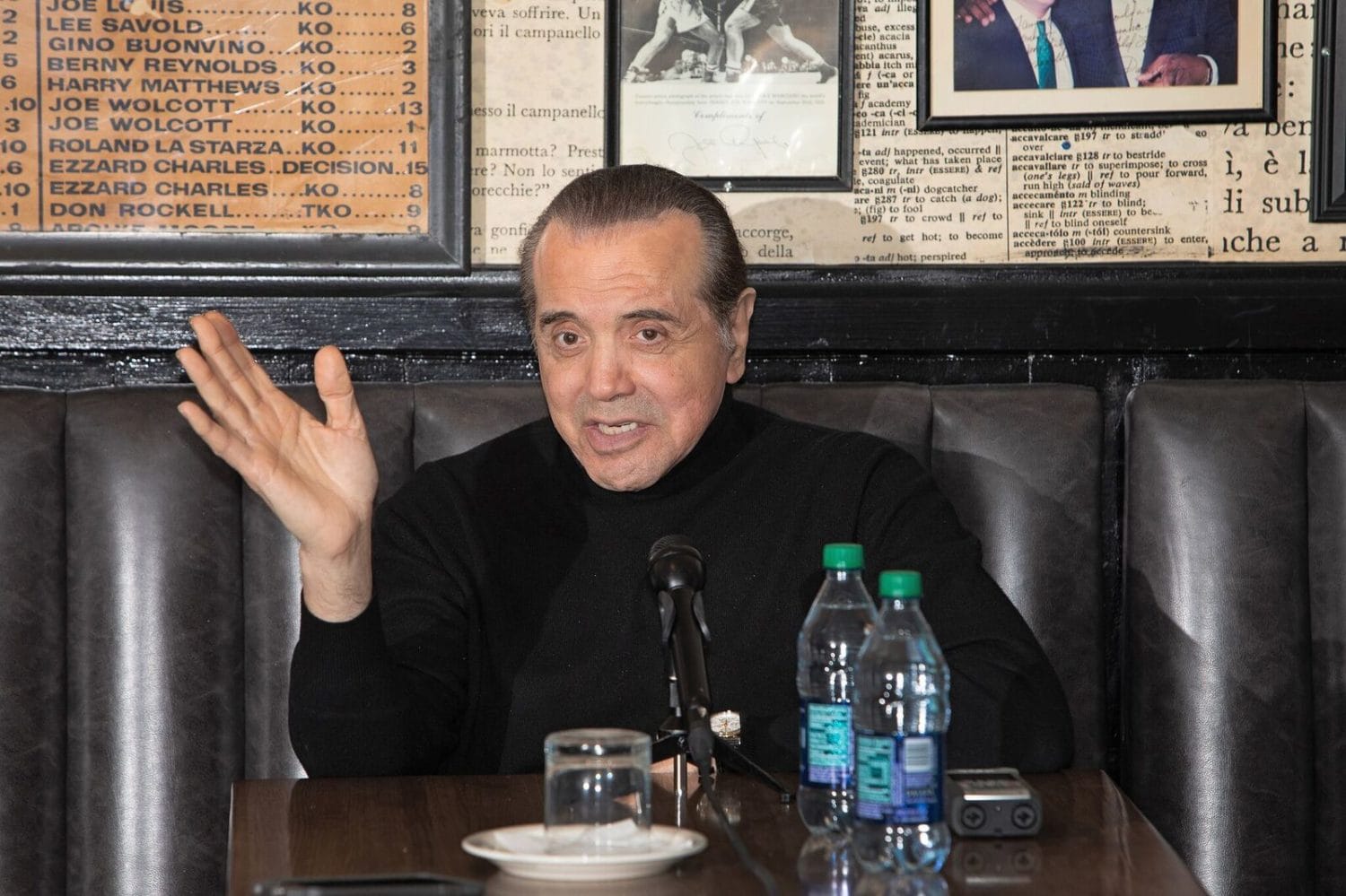