Duncanville played their first tournament game against Incarnate Word winning 89-18. The victory obviously announced to future opponents that “The Big Dog” was back. Mariah Clayton led the team with 18 points followed by Jasmine Gipson with 14. Incarnate never scored more than 6-points in a quarter.

Duncanville’s third game, while a 61-51 victory against Parkway LA found some challenging competition. In fact, they were outscored 18-8 in the third quarter. Kaylinn Kemp led all scorers with 19 points followed by Mariah Clayton’s 14 points. 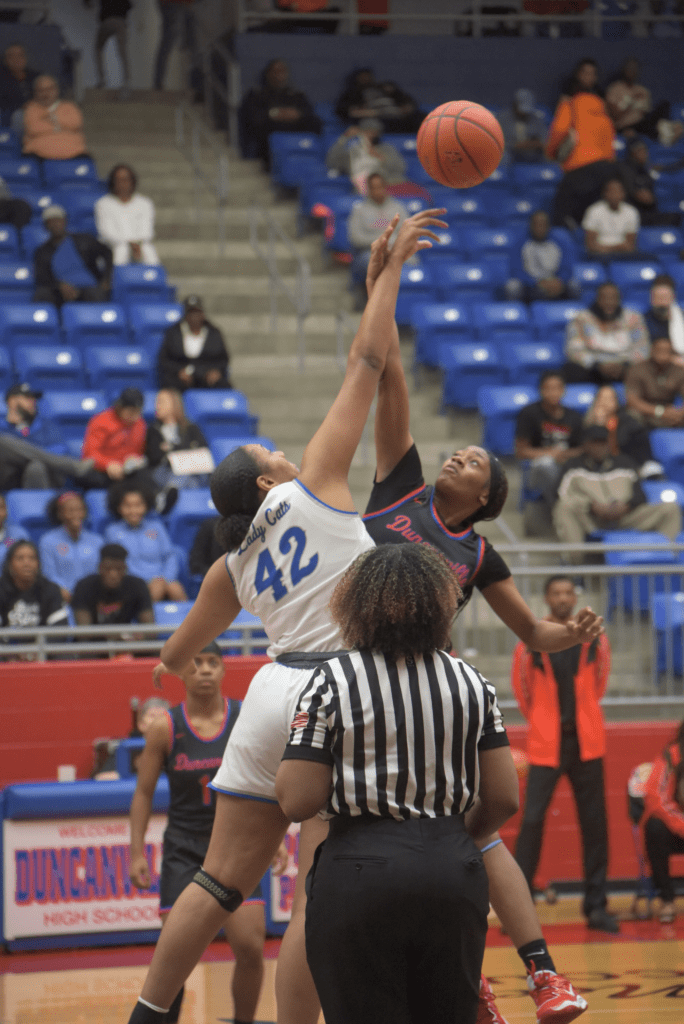 The victory was Duncanville’s 26th championship win in tournament history.

The final game was filled with excitement, even though Duncanville led at the half 33-25. The Pantherettes were never behind in the fourth quarter, eventually winning the game. Free throws and clutch rebounding were the tools in the box that led to victory for the Duncanville team, who won the final game 68-66.

Mariah Clayton scored 23 points, and she was selected MVP for the tournament.
Kaylinn Kemp had 13 points in the game, and also led in steals.

After the game interim Coach Jason Rogers was asked what he told the team.

“You have to buckle up or go home with nothing,” he said.