Home Entertainment Queen of the Desert Is Stranger Than Fiction

A film written and directed by acclaimed German director/screenwriter Werner Herzog, starring Nicole Kidman, should have been better. The true story of Gertrude Bell, a British woman light years ahead of her era, is stranger than fiction.

Set in turn-of-the-century England and the Middle East, the cinematography (shot in Morocco and Jordan) lives up to expectations. Unfortunately, the rest of the film falls short, bogging down in several places where it should soar.

Bell, the well-bred and well-educated daughter of a wealthy British industrialist, lived an amazing life. Called the “female T. E. Lawrence,” Bell (1868-1926) blazed a trail across the Arabian landscape in a place and time where women were considered inconsequential. A British writer and archaeologist who studied at Oxford, Bell is now remembered for helping to establish modern-day Iraq following WWI.

After finally obtaining her father’s permission to travel to Tehran, Bell began a lifelong journey of exploration and intrigue. She spoke many languages fluently, and was able to get audiences with several Arabian sheikhs and warlords she was initially forbidden by the British government to approach.

Her later adventures included working for the British government during WWI, sharing her vast knowledge of the Arabian world with them. Bell’s longtime companion on most of her explorations was Fattuh (Jay Abdo), an Arabian guide.

In the film version, heavy emphasis is placed on Bell’s romances. Two affairs, with a young British officer (James Franco) who wanted to marry her, and later with a married British officer (Damian Lewis), both end tragically.

While Bell’s meetings with T. E. Lawrence (Robert Pattinson) were platonic, they showed a great similarity in minds and spirits shared by the two explorers. 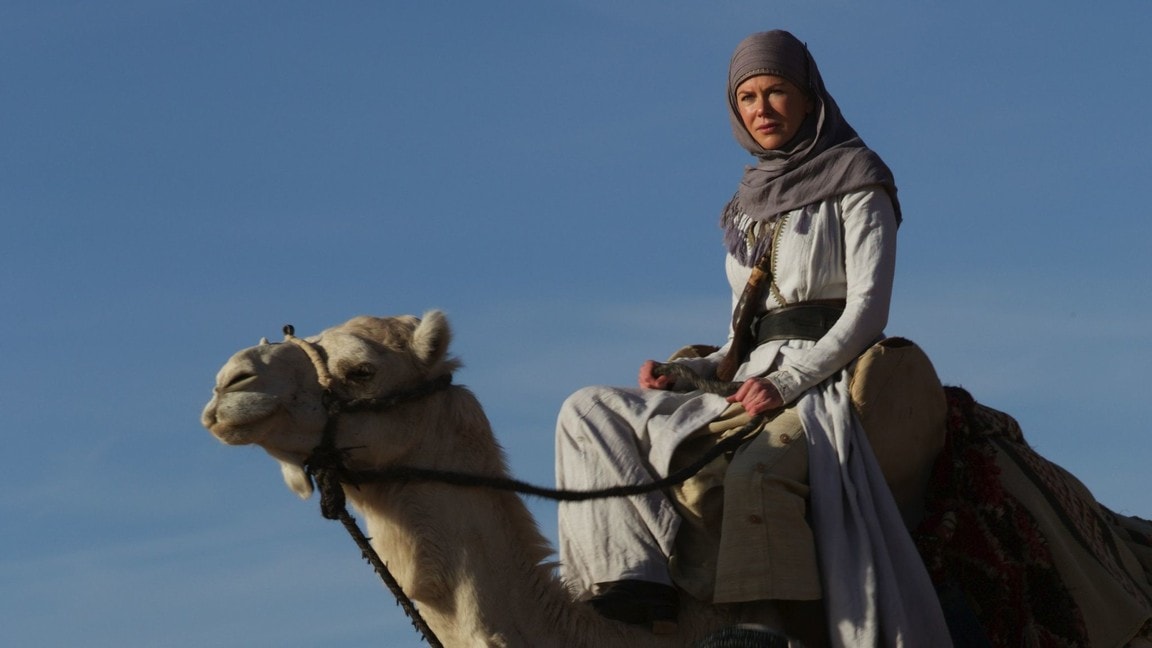