GRAND PRAIRIE – Where does the time go?

The City of Grand Prairie’s Fire Department is celebrating 20 years of delivering advanced emergency medical service (EMS) for its citizens this year.

It all began back on July 13, 1999 when the Grand Prairie City Council approved a resolution appointing GPFD as the primary EMS provider. Shortly after, GPFD purchased seven ambulances and hired 42 firefighters to serve as certified paramedics.

Not long after GPFD was named the city’s primary EMS provider, on August 1, 2000, the first Grand Prairie-owned ambulance transported its first patient.

“The infrastructure and training were already in place within the fire department,” says Grand Prairie City Manager Tom Hart, who supported GPFD throughout its bidding process, “it just made sense to bring our outsourced EMS in-house and provide such an invaluable service to our citizens and visitors.”

Overall, the Grand Prairie Fire Department ambulances are staffed with two firefighters/paramedics 24 hours per day. They respond to medical emergencies, major accidents, and many other emergency medical calls. They also respond to structure fires providing assistance with the medical needs of victims and firefighters.

The GPFD EMS has received multiple recognitions throughout the years. This includes seven Mission Lifeline Silver and Gold Plus awards by the American Heart Association. These awards are given for following the latest research-based standards for severe heart attacks and improving the quality of care for all acute coronary syndrome patients. In addition, The North Central Texas Trauma Regional Advisory Council (NCTTRAC) presented GPFD with the HEART Safe Community Award for its cardiac commitment to the citizens and visitors of Grand Prairie.

“Today, we celebrate the men and women who make up the GPFD EMS,” says Fire Chief Robert Fite. “Their dedication, professionalism, and courage make our EMS system among the best in the country. We are grateful for their service and pledge to continue supporting training and safety initiatives.”

The coordination of the Department’s EMS system is also designed to meet the out-of-hospital emergency medical care needs of the citizens and visitors to the City of Grand Prairie.

To commemorate the 20th-anniversary celebration, the fire department will present a proclamation to the Grand Prairie City Council at the August 18, 2020 council meeting. Due to the current pandemic and social distancing regulations, GPFD has postponed a public celebration. 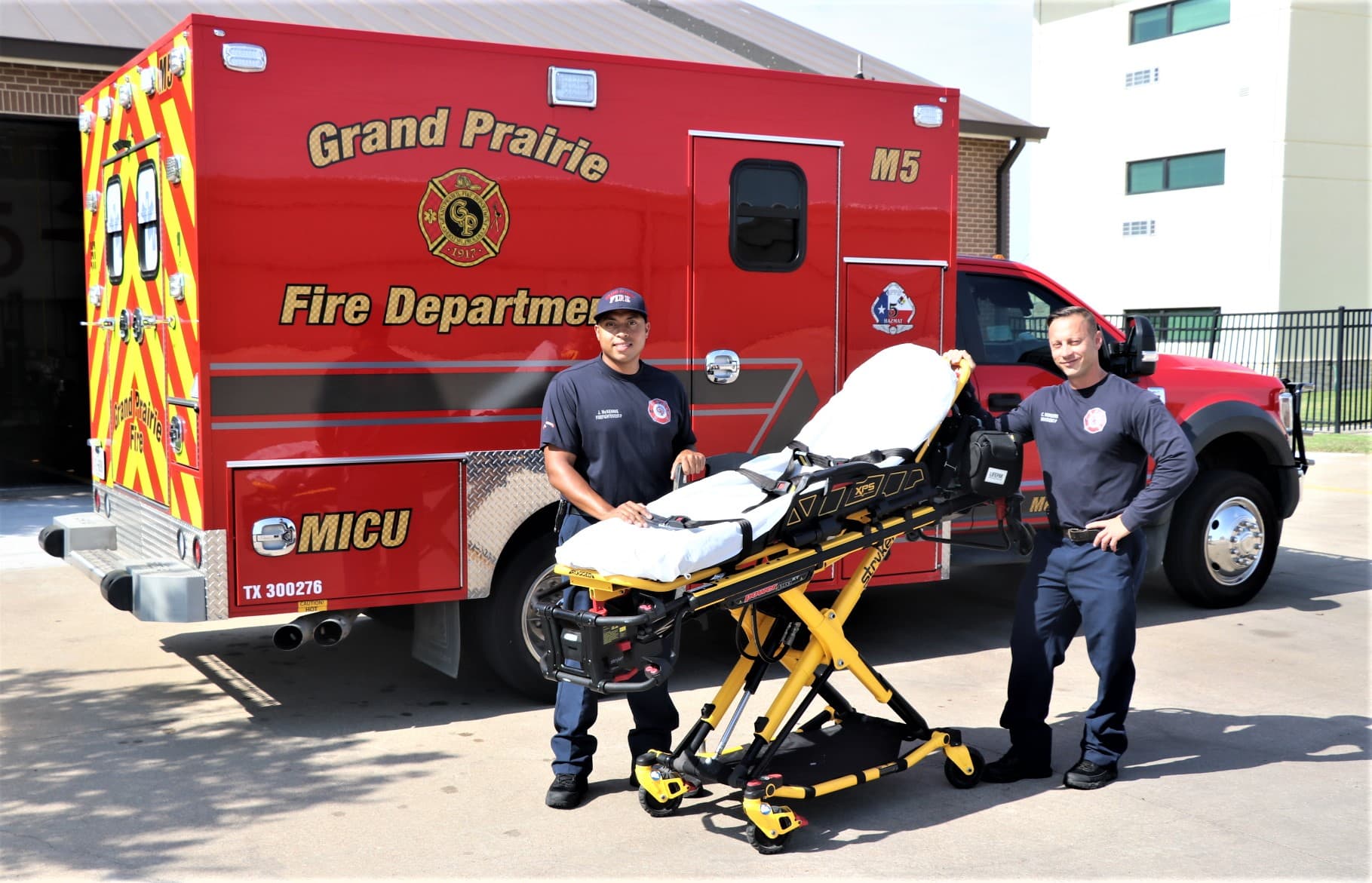