BEST SOUTHWEST—The youth vote has always been the holy grail in tight national and local political races. Whether they are “Rocking The Vote” as in the 90s; “Vote or Die” as in 2000s or, most recently, “FeelingTheBern” in 2016.

Establishment candidates have consistently failed to grab youth attention and then turning that attention into actual votes.

“Young voters have traditionally had a low turnout in form of political participation,” said Matt Wilson, Southern Methodist University Political Science Professor. A highlight in youth turnout occurred with the interest generated by Barack Obama in 2008. This illustrated the potential power of the youth vote for many observers.”

It’s too early to get voter demographics from Tuesday’s election. Rock The Vote President Heather Smith relates increased turnout over presidential elections in 2004, 2008 and 2012 shows high voter turnout is a “new normal” with the millennial generation. In the 1990s, GenX youth turnout was regularly less than 40 percent.

In spite of continuing efforts to capitalize on the youth vote, educators in Best Southwest schools have definitely sparked political interest among local students.

There were a number of classroom and campus elections held in DeSoto, Duncanville, Lancaster and Cedar Hill.

DeSoto West Middle School students participated in an online nationwide program where junior high students discussed the political process and cast their votes for the next Commander in Chief.

At Lancaster High School, legal voting age seniors had the opportunity to take time off from class and cast the first ballot in an election.

Area teachers say no matter what subject area they currently teach, civic responsibility is always on the curriculum.

How To Win The Youth Vote

“That’s exactly my responsibility. My students want to know who I voted for. They want to know how I think. They want to know what I think about social issues,” said Camille Holmes, Cedar Hill Ninth Grade Center English Teacher. “I find ways to engage them in relevant issues through essays, poetry, reading assignments and group discussions.”

Moreover, a village mentality is key for a socially aware and responsible generation. All mentors, parents and teachers need to play their part and educate children about the concepts and importance of civic duties.

“I take pride in sharing that responsibility. My students are going to learn about civic and social responsibility somewhere,” said Holmes. “I want my classroom to be a safe place for them to learn develop those ideas.”

We Can’t All Be Winners

It’s pretty safe to assume during mock elections nationwide, many youth relished the idea of electing the first female President of the United States.

Wednesday morning, when Donald Trump was announced as President-Elect, an unsettling reality sank in for many youth. “You can’t have what you want, all the time.”

Hence, there were a number of walk-outs and rallies at high schools and college campuses protesting the outcome of the election. #NotMyPresident flooded many social media sites.

During one of the more human moments of the Clinton 2016 campaign, the democratic Presidential Nominee called for maturity, unity and continued civic responsibility among her youth base.

“I have spent my entire adult in public service. I have had my share of successes and setbacks,” said Former Secretary of State Hillary Clinton. “Many of you are at the beginning your education, your career and your political lives. You will have setbacks too. But please, never forget that fighting for what’s right is worth it. It is. It is worth it! We need you to keep up the fights now and for the rest of your lives.” 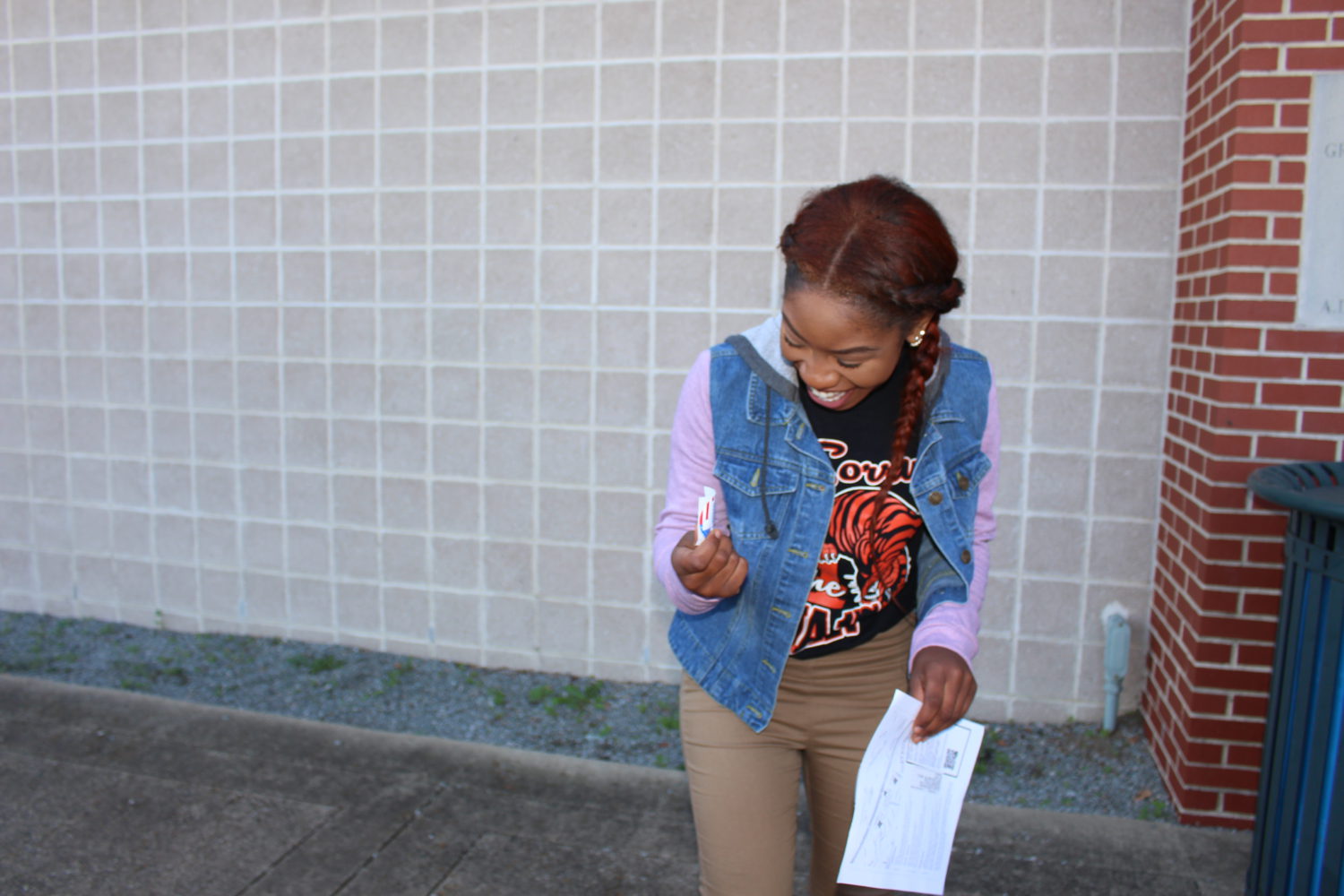