Home Entertainment Captain America: Civil War Has A Hero For Everyone 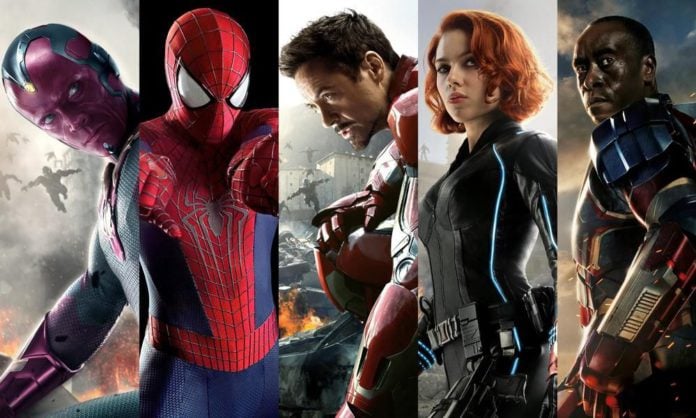 Marvel’s “Captain America: Civil War,” distributed by Walt Disney Pictures, opened nationwide Friday in the DFW area. The action/adventure, science fiction/fantasy film is written by Christopher Markus and Stephen McFeely and directed by Anthony Russo and Joe Russo. It runs 2 hours and 26 minutes and is rated PG-13 for extended violence, action and mayhem.

This is one of my favorite Marvel hero films. It has an outstanding cast and some very witty one-liners that make the violence and slightly too long film more palatable to those of us who aren’t Super Heroes trying to save humanity.

Surprisingly, Tony Stark/Iron Man leads another group of Avengers who fight to bring Captain America’s team to their side. Iron Man’s team: Black Widow (Natasha Romanoff, played by Scarlett Johansson); James Rhodes/War Machine played by Don Cheadle; Vision, played by Paul Bettany; and Chadwick Boseman (T’Challa/Black Panther), a newcomer to the Avengers, is willing to sign government accords in order to stay together.

Iron Man recruits an unexpected Super Hero when he convinces young Peter Parker/Spider Man (Tom Holland) to join the battle. It was good to see one of my favorite actors, Marisa Tomei, as Peter’s Aunt May.

The bad guys are played by Daniel Bruhl as Baron Zemo, who lost his family in a terrible incident he blames on the Avengers, and William Hurt. As Secretary of State Hurt’s not supposed to be a bad guy, but he sneers and threatens better than a Bond villain.

If you or any of your friends are Marvel Comics fans, you’ve probably already bought your tickets. Even those of you who don’t know who all of these Superheroes are, will enjoy Captain America: Civil War. It’s definitely worth the price of a ticket and a bag of popcorn.