Abe is the simple, Americanized name preferred by a young Brooklyn boy of mixed heritage (Noah Schnappe). But his Israeli grandfather still calls him Abraham. His Palestinian grandparents call him Ibrahim, and his agnostic parents call him Avram.

At 12, Abe is a loner with few friends except for the virtual followers of his food blog. He’s passionate about food, and dreams of becoming a chef who creates original dishes. But his blog gets mixed reviews from his peers, and sometimes the criticism wounds him. Even more troubling to the sensitive Abe, though, is the constant arguing and bickering when his relatives gather around the family dinner table. He begins to dread those birthdays and holidays when the relatives come to visit.

Things change for the better when Abe stumbles across Chico (Seu Jorge), a popular street chef who’s also of mixed heritage. The charismatic Chico is everything Abe wants to be: artistic, creative, and a successful chef. Chico combines recipes from his Brazilian and African heritages into a delightful fusion of flavors.

After Chico finally agrees to let the 12-year-old assist in his busy kitchen, Abe spends the first few weeks of his cooking class washing dishes or taking out garbage. But he is inspired to try something new with his family. Abe hopes to unite the warring factions by cooking a Thanksgiving dinner that will unite everyone.

When his feast falls flat on an audience that had rather argue than eat, and his centerpiece roast doesn’t turn out right, the disappointed Abe flees the apartment. By the time the adults realize their cook has left, he’s nowhere to be found.

Abe’s absence startles the family members into realizing what their infighting is doing to this boy they all love. As the hours go by before his return, they sit down together at the table and discover how delicious his food combinations are. All the food in Abe’s kitchen and in Chico’s kitchen is so beautifully photographed you can almost savor the tastes and smells just by looking.

Noah Schnappe’s Abe and Seu Jorge’s Chico are by far the most appealing characters in the film. It’s hard to like most of the other grownups. But that probably has something to do with the way their characters are written. Mark Margolis is Abe’s Jewish grandfather, and Dagmara Dominczyk and Arian Moayed are his parents. Salem Murphy, Tom Mardirosian, aniel Oreskes, and Gero Camilo are also featured in the film.

If you love to cook and/or you’re a foodie who loves to try all different types of cuisine like I do, you will adore this sweet film. “Abe” is written by Lameece Issaq and Jacob Kader, and directed by Fernando Grostein Andrade. Its available on Disc and Streaming platforms April 17. The Blue Fox Entertainment drama runs 85 minutes. 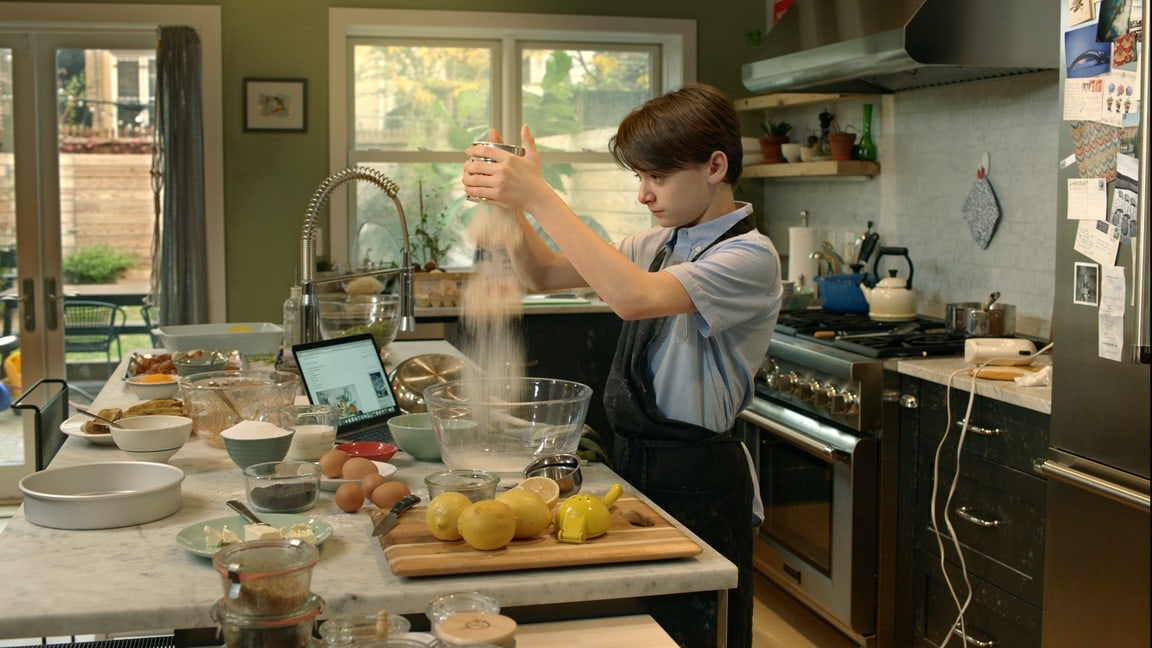