Home Commentary The Best Teacher I Ever Had 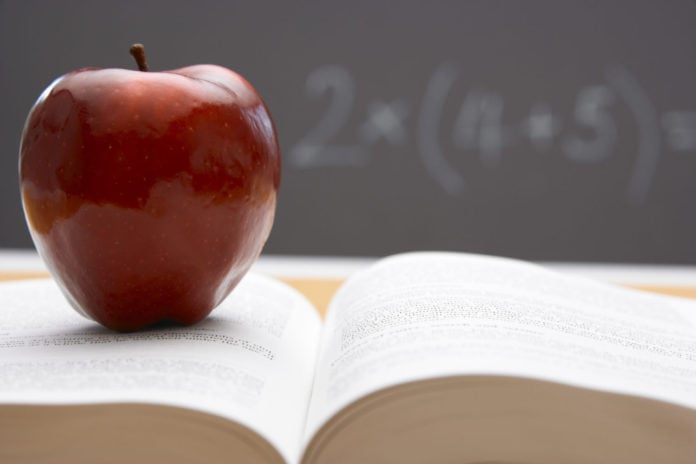 Sometimes all teachers ask themselves the question of whether what they do really makes a difference or not. Many times I’ve wondered if I should remain in the classroom or develop another vocation. Making more money lends itself to more prestige and possibly more appreciation.

When I tell people that I teach children with special needs, they always tell me what a wonderful thing that must be. If only the phone and utility company, or landlord would appreciate me more. When I get to feeling really sorry for myself, I recall a story about a Mrs. Thompson who was also a teacher. Although the story is old, I thought you might like to hear it.

There was a 5th grade teacher named Mrs. Thompson. On the first day of school, she would stand at the door of her class and tell each student that she loved each and every one of them the same. But that was impossible because each student was different, and she liked some students more than others. One student in particular, she disliked terribly. His name was Teddy Stoddard and he sat on the front row, slumped in his chair, rarely looking at or speaking to the teacher. Mrs. Thompson noticed that Teddy didn’t get along well with the other kids. His clothes were messy and he always seemed to need a bath. Mrs. Thompson actually enjoyed taking a big red marking pencil and writing a giant “F” on each of the papers that Teddy turned in.

At the school where she taught, Mrs. Thompson was required to review each new pupil’s record. Several weeks passed and she decided to look at Teddy’s past record. She was so surprised when she reviewed his file.

Teddy’s first grade teacher wrote, “Teddy is such a loving and bright child. He does his work and has the best of manners. He is such a joy to be around.”

His second grade teacher wrote, “Teddy is an excellent student, well liked by his classmates, but because of his terminally ill mother, he has withdrawn some.”

His third grade teacher wrote, “His mother’s death has left Teddy filled with a sense of loneliness. Life at home must be a struggle for him.”

Teddy’s fourth grade teacher wrote, “Teddy is withdrawn and has lost all interest in the class. I’m told his father’s drinking has increased as well. He has no friends and seems to want to be left alone. He has begun to sleep in class.”

Mrs. Thompson felt so ashamed of herself after reading the records. She felt even worse during the Christmas season. Many of her students brought her beautifully wrapped gifts for the holiday, except for Teddy. His present was in a small, wrinkled, paper grocery sack with “Merry Christmus” written in red crayon on the side. Mrs. Thompson opened her presents with great pride in front of her pupils. As she opened Teddy’s gift, some of the students started to laugh. She quieted them by bragging on the two gifts he gave her, a bottle of perfume about one-quarter full and a rhinestone bracelet with some of the stones missing. She put the bracelet on and held her hand into the air, remarking how beautiful it was. After she applied the perfume to her wrist, Teddy exclaimed how she smelled just like his mom.

After the students left, she cried for at least half an hour. That day she stopped just teaching reading, writing and arithmetic, and began to teach children, paying particular attention to Teddy. With encouragement and praise, Teddy began to flourish. Each day after school, Teddy would come by her desk and proclaim that she was the best teacher he had ever had in the whole world. He became the best and smartest student in her class.

At the end of the school year, Teddy was promoted to the sixth grade at the new middle school. She didn’t hear from Teddy for seven years. Then a graduation invitation from high school arrived, inviting her to attend his graduation. Inside the invitation was a neatly written note stating, “You are still the best teacher in the whole world.” She was so proud as he graduated with honors.

Mrs. Thompson received a very official letter some four years later. It was from a Mr. Theodore D. Stoddard MD, inviting her to attend his wedding Inside this invitation was a note stating, “My dad died a few years ago, so would you please attend my wedding and sit next to me in my mother’s place? Mrs. Thompson, you are still the best teacher I ever had in the whole wide world. Always, Teddy.”

I know this story has been around education circles for some time, but when I get sad or become disheartened, I try a little harder, because I realize just how many boys or girls like Teddy are out there.