GLENN HEIGHTS—There won’t be any new faces in the Glenn Heights council chambers over the next couple of years. The recent November elections saw three incumbents with no challengers. The only contested race was that of current Mayor Leon Tate challenged by write-in candidate Graham Weatherspoon.

There were about 40 people in attendance during the ceremony at Curtisene McCowan Middle School. Both council members Emma Ipaye and Sidney Davis were not in attendance.

Tate said his goals for the new term include, “Building on the progress and achievements we have accomplished since my initial tenure as Mayor. This will be achieved by integrating our long-term plans with action. My goals are to lead the Council in amending our five-year Strategic Plan, Capital Improvement Plan and Comprehensive Plan. I believe the first step is to plan, but the next step must be actions coupled with realistic benchmarks.”

Additionally, infrastructure is a key issue for the council as the new term begins. Officials are seeking new facilities including: a new Public Safety Building, Community Center as well as a new City Hall.

“I will continue to provide experience, leadership, knowledge and integrity to council while working diligently to improve the quality of life for our citizens through improved city infrastructure and community programs,” Tate promised prior to the election.

Mayoral and council members serve three year terms. According to the city charter elected officials are limited to three consecutive terms in either seat.

In August, Tate brought an agenda item to the council attempting to completely remove term limits .

Some council members questioned eliminating the council term limits. Consequently, the effort was met with resistance and a special election was struck down. The measure might have have been presented to residents on the recent November ballot.

Many council members faced their final term in recent years. In 2015, Mayor Pro Tem Kathy Dixon bid farewell to her District 3 constituents. Based on the current limits, Tate is the only remaining elected official who is in his last eligible term. 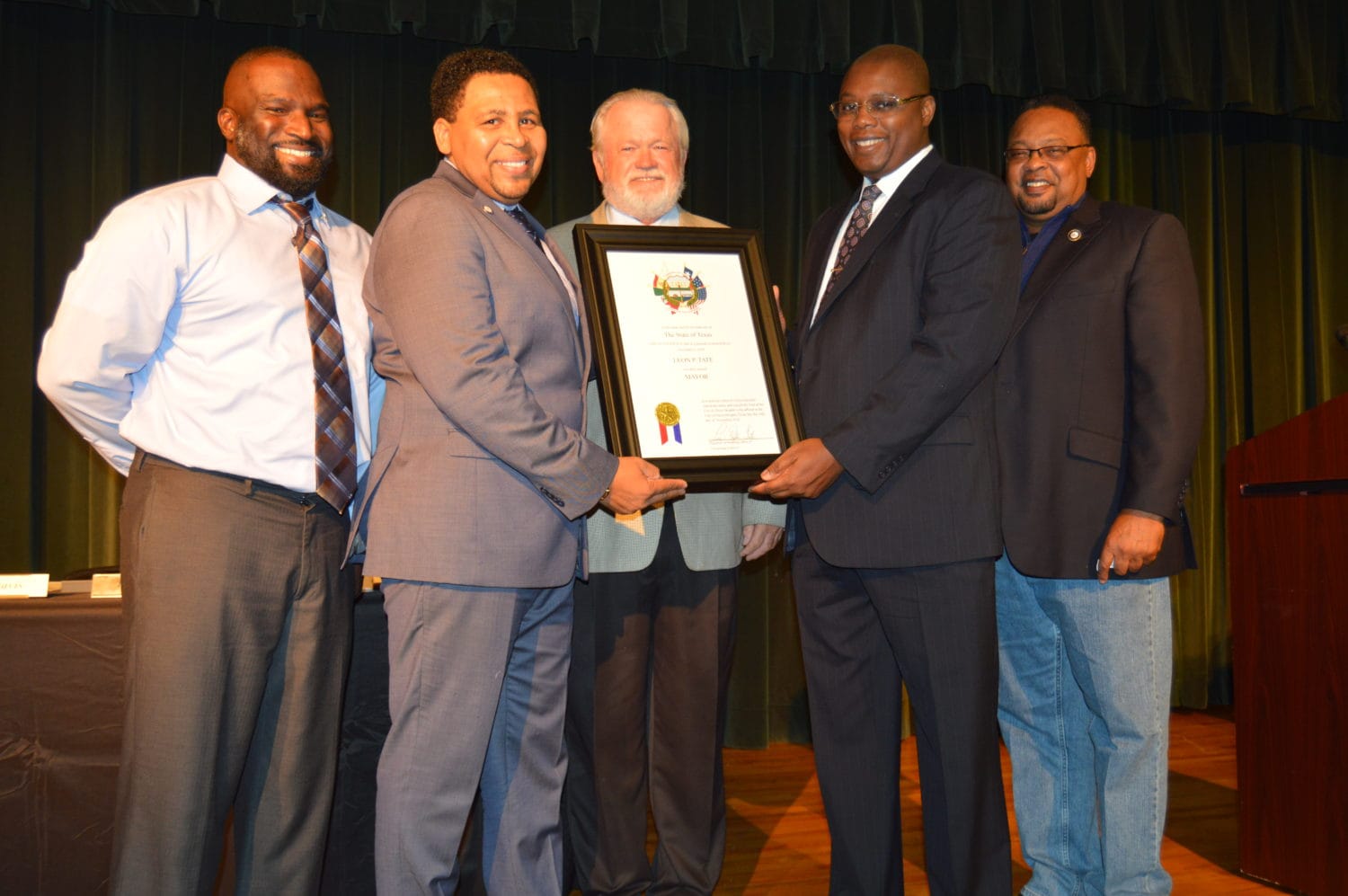