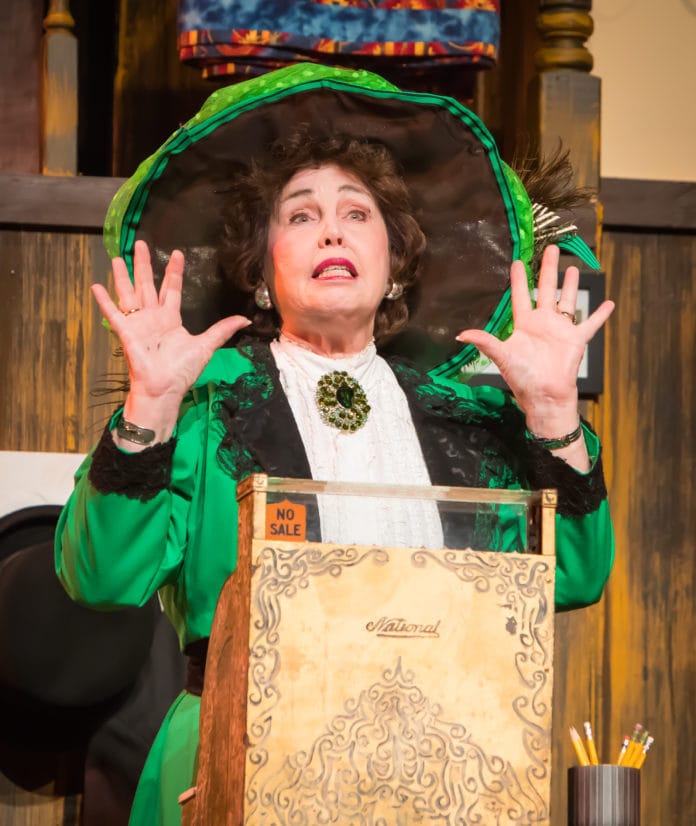 Garland Civic Theatre celebrates its 50th year with a presentation of the world’s longest-running musical, The Fantasticks, at the Granville Arts Center. This classic musical runs Fridays through Sundays now through April 29.

The dynamic Patty Granville, well known for her singing/dancing/acting roles in such musicals as “Hello, Dolly,” “Mame,” and “Cats” for Garland Summer Musicals and Garland Civic Theatre, (and also the namesake of Granville Arts Center), takes on the role of director for this production.

The Fantasticks, with memorable music by Harvey Schmidt and lyrics by Tom Jones, with such unforgettable songs as “Try to Remember,” first wowed audiences when it opened in 1960. A delightful romantic musical about a boy, a girl, and their two fathers who try to keep them apart. The Fantasticks offers breathtaking poetry and subtle theatrical sophistication that transcends cultural barriers. The result is a timeless fable of love that manages to be nostalgic and universal at the same time. The boy and the girl fall in love, grow apart, and finally find their way back to each other after realizing the truth, “without a hurt, the heart is hollow.”

Performances are in the small theatre at the Granville Arts Center, 300 North Fifth Street in downtown Garland. Performances will be Fridays through Sundays through April 29. Friday and Saturday performances are at 8 p.m. Sunday shows are at 2:30 p.m. Tickets are priced at $17, available by visiting GarlandArtsBoxOffice.com, calling 972-205-2790 or stopping by the Granville Arts Center Box Office two hours before each performance.