TYLER, Texas —”Surprised and honored” was how DeSoto resident Leon McCowan expressed his feelings after being awarded the Doctor of Humane Letters recently from Texas College.

“I am really blessed and honored to be singled out by the administration and my peers on the Texas College Board of Trustees to receive the honorary degree,” said Leon McCowan, husband of DeSoto Mayor Curtistene McCowan. “This is a significant honor for me.”

McCowan became affiliated with Texas College when he was appointed to the Board of Trustees in 1992 by the Dallas/Fort Worth Annual Conference of the Christian Methodist Episcopal (CME) Church.

He has also served as Board Secretary for 22 years and is currently the chair of the Investment Committee.

As a board member, in collaboration with other Trustees, he is empowered to appoint and evaluate the performance of the president, generate funds to help with the operational expenses, listen to and resolve problems of faculty/students, approve candidates for graduation and other duties dictated by the college bylaws.

McCowan is also an instrumental participant of the Executive Committee, having served as Chair of the Budget Committee – responsible for the College’s endowment. Also during his tenure, Texas College has seen overall improvements in performance indicators and increased community, public and private support.

“One of my key contributions, as a Texas College Trustee, was securing the connection that resulted in grants awarded to Texas College by the Cain Foundation,” McCowan said.

The President and Faculty recommended to the Texas College Board of Trustees that McCowan’s name be placed in nomination for the Honorary Degree, Doctor of Humane Letters for his “Outstanding contributions and humanitarian spirit on behalf of Texas College.”

The Board then affirmed the Honorary Degree to be conferred to him in early May during the 2017 Commencement.

Now he is in a very select group of sitting Texas College Board Members that have honorary degrees. McCowan says, “There is still a lot of work for me at Texas College. We recently completed a $19 million investment in the institution, which included a new co-ed dormitory. I have faith that the best is yet to come.”

Texas College is a historically black college founded in 1894 by a group of Christian Methodist Episcopal (CME) Ministers. This higher education institution provided educational opportunities for disenfranchised individuals in Tyler and East Texas.

The Doctor of Humane Letters is always conferred as an honorary degree. It is usually to those who have distinguished themselves in areas other than science, government, literature or religion. They are awarded degrees of Doctor of Science, Doctor of Laws, Doctor of Letters or Doctor of Divinity, respectively.

McCowan is a retired federal executive with 45 years of service. From 1991 until his retirement, he served as Assistant Secretary’s representative at the Administration for Children and Families (ACF), U.S. Department of Health and Human Services, Region VI, Dallas, Texas.

In 1996, he was inducted into the prestigious Senior Executive Service (SES).

McCowan received his B.A. in Sociology from Wiley College and M.A. in Public Administration from the University of North Texas.

During his career, McCowan has also been recognized with numerous awards for his leadership and his service to the community.

McCowan is married to the Honorable Curtistene S McCowan and they have two married sons and three granddaughters.

“Congratulations Dr. Leon R. McCowan on being awarded an Honorary Doctor of Humane Letters Degree,” said his wife. “You continue to make us proud.” 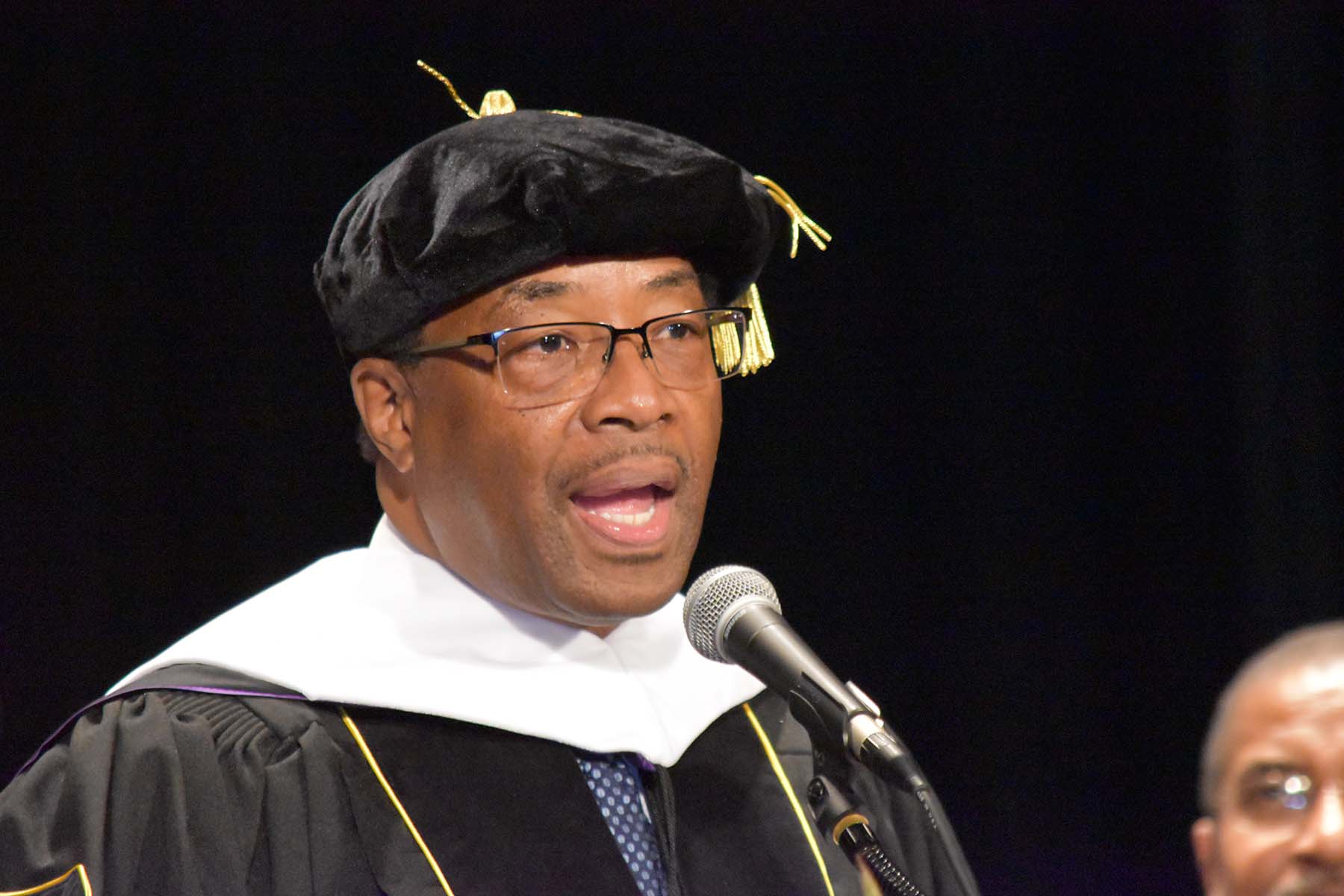