LANCASTER—During a recent special city council meeting Lancaster Council members approved the upcoming fiscal year budget. At that same meeting council members agreed that keeping the tax rate would be in the best interest of residents.

With the numbers the same as in 2016, the proposed tax rate presented to council was $0.867500 per $100 with the preceding year also being reflected as same.

City Manager Opal Mauldin-Jones credits the ability not to raise property taxes to the increase in commercial construction.

“The City will maintain its existing tax rate at $0.8675 per $100 of assessed valuation. Due to an increase in new construction (residential and commercial) values in the City of Lancaster will see positive growth in overall revenues for the FY 17/18.”

Councilmember Nina Morris asked staff to define the increase in revenue. Specifically as it relates to the existing tax rate for the new fiscal year.

Mauldin-Jones says in regard to keeping the same tax rate as the previous fiscal year, “The City of Lancaster continues to experience growth and development with our commercial property values and new construction.”

This growth and development specifically meant an increase in revenue of 8.33% from property taxes during the previous Fiscal Year.

Mauldin-Jones also saw approval of the city’s budget stating “We maintained our existing water, waste water and sanitation rates. The total operating budget with all funds is $55,398,889 as adopted.”

“The City of Lancaster has an emphasis on enhanced infrastructure and provision of exceptional customer service,” Mauldin-Jones concluded. “In the fiscal year, we will continue implementation of our Street Pavement Management program. Centre Avenue, Pleasant Run Road and Beltline Road are a few of the key roadway projects expected to be completed.”

The City of Lancaster had a population of 36,361 at the 2010 census, but has been experiencing growth comparative with the other Best Southwest cities in the area. 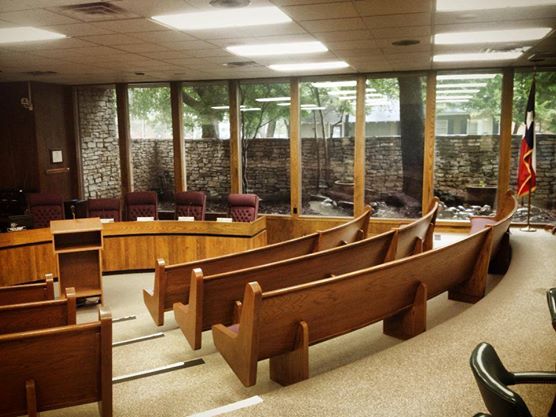