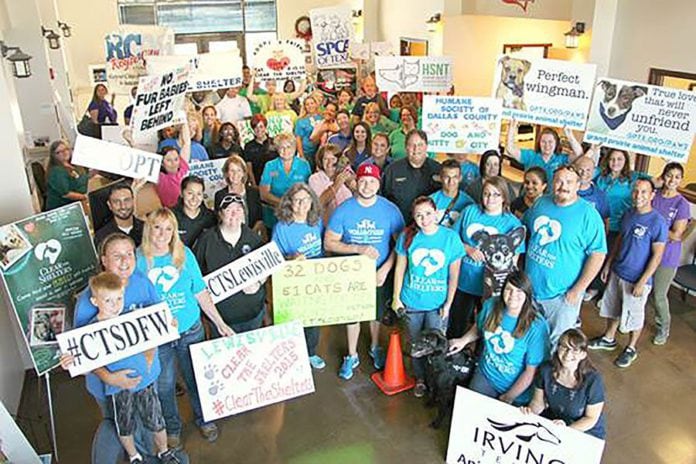 CEDAR HILL—Think 102. And no, that’s not the temperature that Texas is expecting this week, it’s the number of animals at the Tri-City Animal Shelter who are waiting for just the right person to come and take them to their forever home.

A good time to take a trip to the area animal shelter will be on July 23 when an event called Clear the Shelter, a nationwide pet adoption happening, will be helping folks find that perfect new family member.

Nearly 20,000 pets found their forever homes in 2015, when some 400 animal shelters across the country partnered with NBC Owned Television Stations and the Telemundo Station Group. Tri-City Animal Shelter Manager, Tammy Miller said that last year they did 76 adoptions and this year the goal is 100.

Clear the Shelter is a day when the adoption fees are waived and it will be the third year that the Tri-City Animal Shelter in Cedar Hill has participated.

“The first time we were terrified that people would be adopting for the wrong reason,” Miller said. “However, since all the surrounding shelters were participating, we felt obligated to give our animals every chance we could. We did 73 adoptions that year and we were blessed with volunteers who did follow up calls on all of them. What we learned was that it had nothing to do with the adoption fee being waived and was more of a community effort to try and help solve part of a problem.”

Normally, the maximum adoption fee is $110, which is a pretty good deal since it includes over $300 of veterinary services. However, Miller said that the most they ever ask an adopter to pay is an exceptional deal of only $75 because. That’s because The Friends of Tri-City pay $35 towards every animal adopted.

“On Clear the Shelter some agencies are waiving the adoption fee, but there may still be fees for microchip, registration, or some other ancillary cost,” Miller explained.

Tri-City Animal Shelter & Adoption Center will be waiving its entire fee and that will include the pet of choice, the spay or neuter, all age appropriate vaccines, deworming, microchip including registration, and as a special treat there will be many other “throw ins” goodies as a thanks for adopting.

Corey Thompson, Executive Director, Friends of Tri-City Animal Shelter added that even if someone is not able to adopt, they can still support a shelter animal by becoming a 100 by 100 sponsor through the Friends.A 100 by 100 sponsor makes it possible to spay and neuter 100% of the dogs and cats adopted at the shelter by subsidizing the cost of the surgery by $35. Thompson said that spaying and neutering is the most effective way to reduce the number of animals that come into the shelter each year, and is therefore a long-term solution to continuing to reduce the euthanasia rate.

“On average, there are about 100 animals each month that need to be sterilized before being adopted,” Thompson explained. “A 100 by 100 sponsor commits to “adopting” one of these 100 animals with a recurring monthly contribution of $35. Each sponsor is therefore responsible for helping spay or neuter a dozen animals every year. This is a great alternative for those of us who have a full house right now, but still want to be a part of clearing the shelter.”

Sponsors can make the contribution in memory or honor of a loved one or pet and the name and photo will be added to a gallery on the website. Sponsors also receive photos of a few of the animals they have helped each month too.

Thompson said that last year the garage sale brought in over $1,000 to help support the pre-adoption spay/neuter program and veterinary care for sick and injured shelter animals.

“On Clear the Shelters day, our greatest hope is to find a family for every animal waiting at Tri-City Animal Shelter,” Thompson concluded 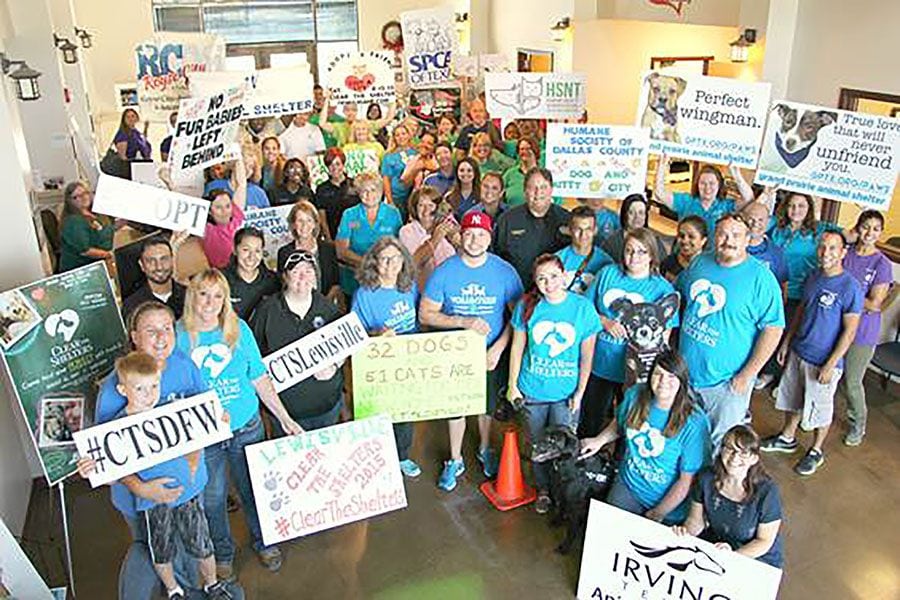