Provides One of the Strongest Incentives for DWI Offenders to Install an Interlock in the United States
AUSTIN (June 16, 2017) — Texas Governor Greg Abbott has signed drunk driving legislation into law that will save lives by adding a new incentive for first-time drunk driving offenders to install an ignition interlock on their vehicle.

Governor Abbott signed HB 3016, which allows first-time drunk drivers with a .08 to .14 blood alcohol concentration (BAC) who successfully use an ignition interlock for six months — and complete other court conditions — to apply for a non-disclosure. That means the DWI would be removed from their record. Only offenders who do not cause injury or property damage can apply for the one-time non-disclosure.

A drunk driving offender in Texas who is not ordered on an interlock, or who chooses not to install the device, must wait five years before being eligible to apply for non-disclosure. Currently, Texas courts cannot consider a previous DWI that occurred more than five years ago when sentencing drunk drivers.

“This new law provides one of the biggest incentives in the nation for drunk drivers to install an ignition interlock. This is a smart justice, pro-victim approach to stopping drunk driving,” said Jaime Gutierrez, executive director of MADD Texas. “MADD strongly supports this incentive to increase the use of interlocks to save lives and reduce repeat DWI offenses.”

In many states, including Texas, plea deals or reduction in charges enable offenders to avoid an ignition interlock order or an original DWI charge. This law seeks to change that by giving offenders a second chance if they install an interlock. The trade-off for society is that the interlock user is learning to drive sober and less likely to become a repeat offender endangering the lives of Texans.

“Since December 2006, interlocks have stopped more than 244,000 attempts to drive drunk with a BAC of .08 or greater in Texas,” said Gutierrez. “Expanding the use of interlocks will save countless lives.”

MADD was joined by the Texas Public Policy Foundation in supporting the improvement to Texas’ ignition interlock law.

“I applaud Governor Abbott for signing HB 3016, a bill that will make our roads safer and allow individuals who have paid their debt to society move past their one criminal offense and become a productive citizen,” said Greg Glod, Senior Policy Analyst for the Texas Public Policy Foundation. “I’d also like to commend the efforts of Senator Bryan Hughes and Chairwoman Senfronia Thompson, who championed the bill in the Senate and House as well as MADD, whose tireless effort in education and advocacy throughout the legislative process helped make passage possible.”
About Mothers Against Drunk Driving

Founded in 1980 by a mother whose daughter was killed by a drunk driver, Mothers Against Drunk Driving® (MADD) is the nation’s largest nonprofit working to end drunk driving, help fight drugged driving, support the victims of these violent crimes and prevent underage drinking. MADD has helped to save more than 350,000 lives, reduce drunk driving deaths by more than 50 percent and promote designating a non-drinking driver. 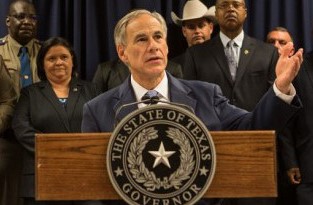