Home News End To Federal Government Shutdown On The Horizon

WASHINGTON D.C.—The longest federal shutdown in United States history has ended. Temporarily at least. Friday afternoon President Donald Trump stood in the Rose Garden and announced that a congressional deal had been made late Thursday to temporarily reopen the federal government until February 15.

“I am very proud to announce today that we have reached a deal to end the shutdown and reopen the federal government,” said Trump. “I want to thank all of the incredible federal workers and their amazing families who have shown such extraordinary devotion in the face of this recent hardship.”

By presstime the House of Representatives passed a bill agreed upon by both parties and sent it to the president’s desk.

The proposal, as outlined by Trump in his speech, includes a bipartisan panel that will come up with solutions for border security. So far there has not been a mention whether the deal included any money nor did it specifically say a border wall.

Overall the deal would be a continuing resolution for three weeks, which would include the current level of fencing and wall repair money, which levels out to be $1.3 billion for the year.

“Our [Democrats] unity is our strength and I think maybe that is what the President underestimated,” said Speaker of the House Nancy Pelosi during a press conference immediately following the President’s Rose Garden announcement.

There are still issues over the back pay provisions that any agreement would include. In his statement Friday Trump has that he wants these “incredible patriots” paid immediately; then corrected himself saying, “Or as soon as possible.”

Party Politics May Continue To Ensue

Senate Majority Leader Mitch McConnell released a statement, “The President has put forth a plan that both sides are willing to accept and hopefully we will have good faith negotiations over the next three weeks to try to resolve our differences on the best way to secure our border.”

If they don’t reach a deal, Trump is expected to say he’ll invoke a national emergency.

“If we don’t get a fair deal from Congress, the government either shutdown on Feb. 15 again, or I will use the powers afforded to me under the laws and the Constitution of the United States to address this emergency.”

Dallas Congresswoman Eddie Bernice Johnson says that she is glad the shutdown is over. However, her views on the border wall have not changed.

“Once the government has been reopened, Democrats are willing to come to the table to discuss smart and sensible border security measures. Nevertheless, my position on the wall has not changed,” said Johnson. “It is an ineffective and insufficient solution to a problem that can only be resolved through comprehensive immigration reform. We will make every effort to avoid arriving at this same impasse once the three-week spending bill expires. We can never allow the lives and livelihoods of American federal workers and contractors to be jeopardized in this manner again.”

Early Thursday the Senate attempted to push through two partisan bills aimed at reopening the government. Neither was expected to succeed.

The Democratic bill would have reopened the federal government through early February and included $12.1 billion in disaster aid. It received 52 votes, failing to move forward as well.

“Yesterday, I fought hard to immediately pay every single essential federal employee – every essential employee at the Coast Guard, the TSA, air traffic controllers, Border Patrol agents, ICE agents, FBI agents, and those throughout law enforcement. Chuck Schumer and the Democrats cynically objected to that legislation and killed it on the Senate floor,” said Senator Ted Cruz. “The Democrats have claimed that, once the shutdown ends, they are willing to negotiate in good faith to secure the border. Given their behavior, there is considerable reason to be skeptical of their claim. But, now, we will see if they actually meant what they said.” 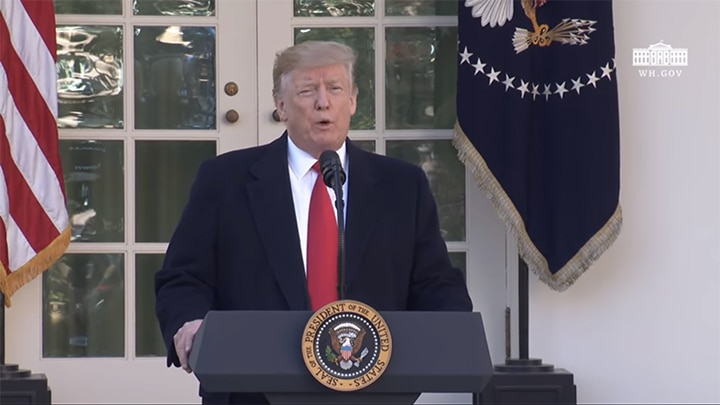