DESOTO—If you ask DeSoto parents, students and teachers who they thought the best superintendent in Texas was, they’d undoubtedly say Dr. David Harris. Now educators around the state know that as well.

This week, DeSoto Independent School District’s top administrator was tapped as one of the five finalists for the annual Superintendent of the Year (SOTY) award.

Sponsored by the Texas Association of School Boards (TASB), the SOTY program has recognized exemplary superintendents for excellence and achievement in educational leadership since 1984.

“I share this honor with the devoted men and women I work alongside every day, as well as with all those who have supported me and demonstrated their strong leadership skills through the years,” says Dr. Harris.

Harris, superintendent of DeSoto ISD for four years, serves approximately 9,750 students. He has 12 years of administrative experience. Of particular note to the committee were his proactive approach to the challenges and financial obstacles in the district and expectation that administrative staff be actively involved in the community. Harris earned a bachelor’s degree at Texas A&M University, master’s degree at Prairie View A&M University, and doctorate at Lamar University.

The state selection committee, which interviewed regional winners August 26-27 in Austin, targeted such issues as advocacy for public education, recruitment and retention of high quality educators, programs and initiatives that positively affect student growth, and steps to measure continuous improvement.

Going Beyond The Call of Duty

Just before the end of the 2015-2016 school year, Region 10 Education Service Center selected Harris as Regional Superintendent of the Year. This is an accolade only held by 20 administrators out of more than 1200 school districts statewide.

Region 10 SOTY Selection Committee Chair David Foerch credits Dr. Harris for going above and beyond for his district.

“David’s implementation of DeSoto ISD’s City of Education program targeting special student populations is to be commended,” says Foerch. “We’re also impressed that he has secured important federal grants and maintained an easy, collaborative working relationship with DeSoto ISD’s board over the past year. His is the kind of leadership we’re pleased to highlight.”

The 2016 Superintendent of the Year will be announced September 23 at the TASA/TASB Convention in Houston. The winning superintendent and state finalists will receive an award from Balfour, program underwriter.

TASB is a nonprofit association established in 1949 to serve local public school boards. School board members are the largest group of publicly elected officials in the state. The districts they represent serve more than 5.3 million students. 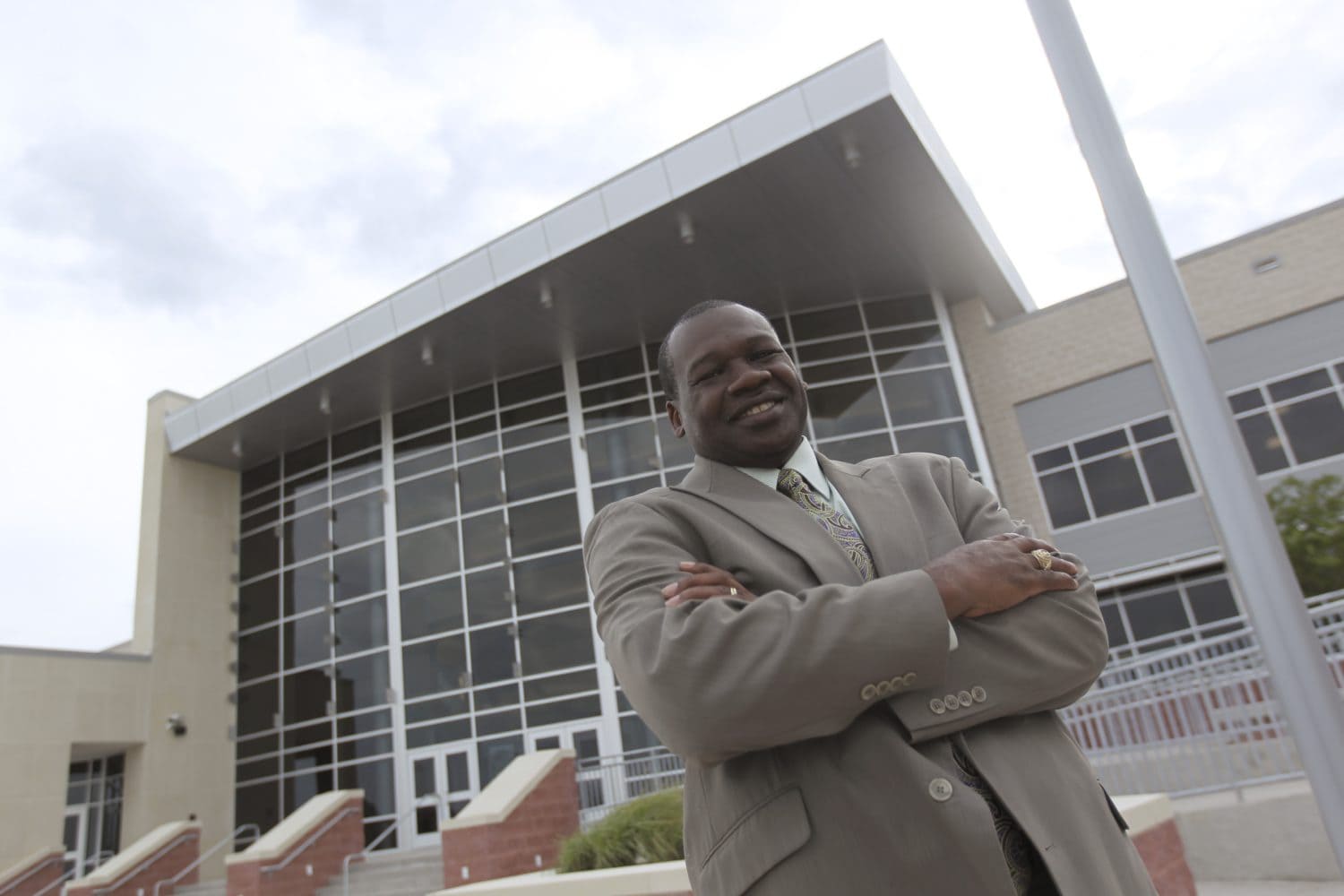