DESOTO—Karla Baptiste didn’t let cancer stop her. It comes as no surprise that she didn’t let a little thing like a mountain get in her way either.

“Live each day like it’s your last,” has always been Baptiste’s motto. So when the DeSoto resident was diagnosed with breast cancer twice, that mantra took on a whole new meaning.

“I always tell people, cancer doesn’t have to be a period. It can be a comma, so dig in your heels and fight.” Karla Baptiste

She was first diagnosed with Stage IIIA Breast Cancer in 2007. At age 34, Baptiste discovered a lump in her breast.

According to reports from Cancer Treatment Centers of America, Stage III breast cancer is a more advanced form of invasive breast cancer.

At this stage, the cancer cells have usually not spread to more distant sites in the body, but they are present in several auxiliary (underarm) lymph nodes. The tumor may also be quite large at this stage, possibly extending to the chest wall or the skin of the breast.

What followed for Baptiste was a mastectomy, chemotherapy and radiation. After all those harrowing procedures she thought the cancer was gone for good.

Then in 2014, she began experiencing back pain with frequent muscle spasms followed by dehydration and shortness of breath. The cancer had returned.

Doctors found a lesion on Baptiste’s vertebrae and a follow-up visit with an oncologist confirmed that she had breast cancer a second time, now having spread to the spine.

Getting A Second Opinion

“It’s about your attitude, don’t be afraid,” she said. Shortly thereafter, she decided to seek a second opinion at Cancer Treatment Centers of America (CTCA) at Midwestern Regional Medical Center (Midwestern) in Chicago.

She began hormone therapy and learned all about nutrition and naturopathic medicine. These lifestyle choices would be integral to help her remain strong and combat side effects of treatment.

Today, Baptiste has no evidence of disease and she actively works with community outreach programs to raise awareness about breast cancer, particularly in African Americans.

She now serves as an ambassador for the CTCA. It’s how she ended up on top of that mountain in Estes Park, Colorado earlier this year.

Baptise also wrote a book, “Dig In Your Heels: The Glamorous (and Not So Glamorous) Life of a Young Breast Cancer Survivor.”

Fast forward to this past August when Baptiste joined eight other CTCA patients on a rock climbing adventure in the Rocky Mountain National Park in Colorado. The program was offered by First Descents. This non-profit organization provides outdoor adventures to empower cancer survivors.

The trip itself offered an opportunity for Baptiste and the other survivors to again prove their uncanny strength. Baptiste said the climb proved to be a challenge in many ways.
“The rocks are more challenging than cancer” she said.

When she finally conquered it she said it made all the difference.

“Afterward I felt pretty bad ass,” Baptiste said. “And strong. It was one thing we all felt climbing those rocks … very alive. It was inspiring.”

Indeed, Baptiste is inspiring. Whether it is rock climbing, writing her memoirs or just reminding others to remain positive, the lady is an inspiration.

“We have one life to live and many lives to touch,” she concluded. She takes those words seriously every day.

Dr. Robin Skrine, an Oncologist and Physician at Texas Health Harris Methodist Hospital in Fort Worth said she tells women to take a path that will lead to the earliest detection.

Women with a family history of breast, ovarian or prostate cancer, genetic mutations and high breast density are encouraged to get screenings even more frequently.

Even more disturbing, according to the National Center for Health Statistics, less than 67 percent of women said they had not received a mammogram in the last two years.

“What are you waiting for? Often the reason is because women think that mammograms are painful. Let me go on record and say mammograms are not painful. Moreover, it definitely won’t be as painful as what lies ahead if you are diagnosed with breast cancer. That is when the real pain begins. Why not avoid it, Skrine continues.

“Most places [to get a mammogram] are very efficient and it takes less than 45 minutes,” Skrine said. “In fact, that’s actually a little long for your typical mammogram. It’s less time than you usually spend to go see your doctor, or even to get your nails done.”
The bottom line is a mammogram and self exams can save your life.

“We as women have to make ourselves a priority,” Skrine said. “If you don’t take care of Mama, Mama won’t be around to take care of anyone.”

Say No To Sugar, Yes to Diet And Exercise

It is important for women to take simple steps to reduce the odds of developing breast cancer. They should begin with diet, nutrition and exercise. It is also important to understand how estrogen can increase your risk. Did you know that estrogen is found not only in our food, but also pesticides?

Think about a moderate intake of sugar too. Sugar can lead to weight gain. Those fat cells in your body produce estrogen.

A study from the Centers for Disease Control recently said that women who drink more than three alcoholic drinks a day will be 1.5 more times likely to develop breast cancer than a woman who doesn’t.

Finally, soy has been shown to increase the risk of breast cancer. Soy stimulates the genes that cause cancer to grow. Think soy moderation.

Simple steps can save your life, put yourself first because you are worth it.

On A Personal Note

This story touched me on a very personal level. My mother beat cancer, but in the process had to have both her breasts removed. Other family and friends were not so lucky. Not one, not two, but three young women in their 40s who I love, have succumbed to breast cancer.

Breast Cancer Awareness and Prevention is an year round endeavor. It is much more than the pink fanfare of October.

My sister, my sister-in-law and my best friend’s wife, who had a one-year-old daughter were not able to beat the disease. My goal is to make sure women and the people that love them focus on early detection of the disease so they can beat it.

The National Breast Cancer Foundation’s web site says, “While most people are aware of breast cancer, many forget to take the steps to have a plan to detect the disease in its early stages and encourage others to do the same.” 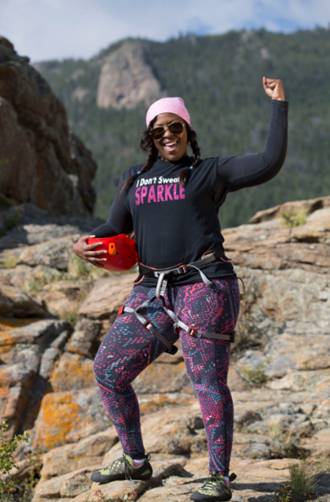