DALLAS—“I knew that I was called to be a part of something that is helping the persecuted this summer,” recalls Sean McAndrews, a junior studying political science at Dallas Baptist University. It did not take Sean long to realize he was being offered an opportunity to spend the summer in Washington, D.C. This would be an internship with the 21st Century Wilberforce Initiative.

Founded in 2014, the 21st Century Wilberforce Initiative (21CWI) seeks to bring awareness to issues of religious persecution. It works with governments, advocacy groups, and religious organizations around the world in order to achieve religious freedom for persecuted individuals.

Sean’s passion for the persecuted began prior to his experience with the 21CWI. In the summer of 2015, he had the opportunity to work locally with Refugee Services of Texas as an intern.

“I served as a resettlement intern, which meant I assisted one of the case managers and primarily worked with Syrian and Iraqi refugee families who were resettling in the Dallas area,” McAndrews explained.

In this position, he was able to not only help families with things like paperwork and job applications, but also served them by preparing their apartment before they arrived, taking them to medical appointments, and being there to aid them in any way possible. Sean credits this experience as what sparked a passion in him for refugees, ministering to Muslims, and fighting for the religiously persecuted.

While his heart for these people groups grew, an internship opportunity at 21CWI came to his attention. “I applied for the position almost as soon as I heard about it,” Sean stated. “I knew it would be an incredible opportunity to build upon what I had learned last summer close to home. I could use that in another part of the country to influence lives around the world.”

Many other students were packing for vacations or to head home at the end of the school year. Sean, however, was packing his bags to catch a flight to Washington.

“Without a doubt the most challenging part of the whole experience was living in a new city where I had no prior connections or relationships,” Sean said. “This summer also presented its challenges in terms of living in a spiritually dark place. I had to rely fully on the Lord every day.”

During his time in Washington, Sean was able to experience the work that the 21CWI does and got to be a part of such work himself.

“Serving as an intern in the capacity-building department, my focus was church outreach and publications,” he explained. “I had many unique experiences in connecting with churches as well as making visits to Capitol Hill.”

Sean also had the chance to help with the development of the Wilberforce Alliance campus chapters that bring the Wilberforce Initiative to college campuses. Their goal is getting young people involved in the fight against religious persecution. Sean plans to be a part of the chapter that will be starting this year at DBU.

Looking back on his summer, Sean can see how his calling to work in the areas of international affairs and fighting for justice and human rights was strengthened.

“This experience showed me how essential it is as Christians to fight for the freedoms of not only other Christ-followers, but also for all people of all faiths,” Sean reflected.

“In regard to my own faith,” he continued, “this summer strengthened my relationship with the Lord as I was pushed to lean on Him through a new city, new surroundings, and new opportunities. I was reminded of the sufficiency and goodness of God through this incredible experience.” 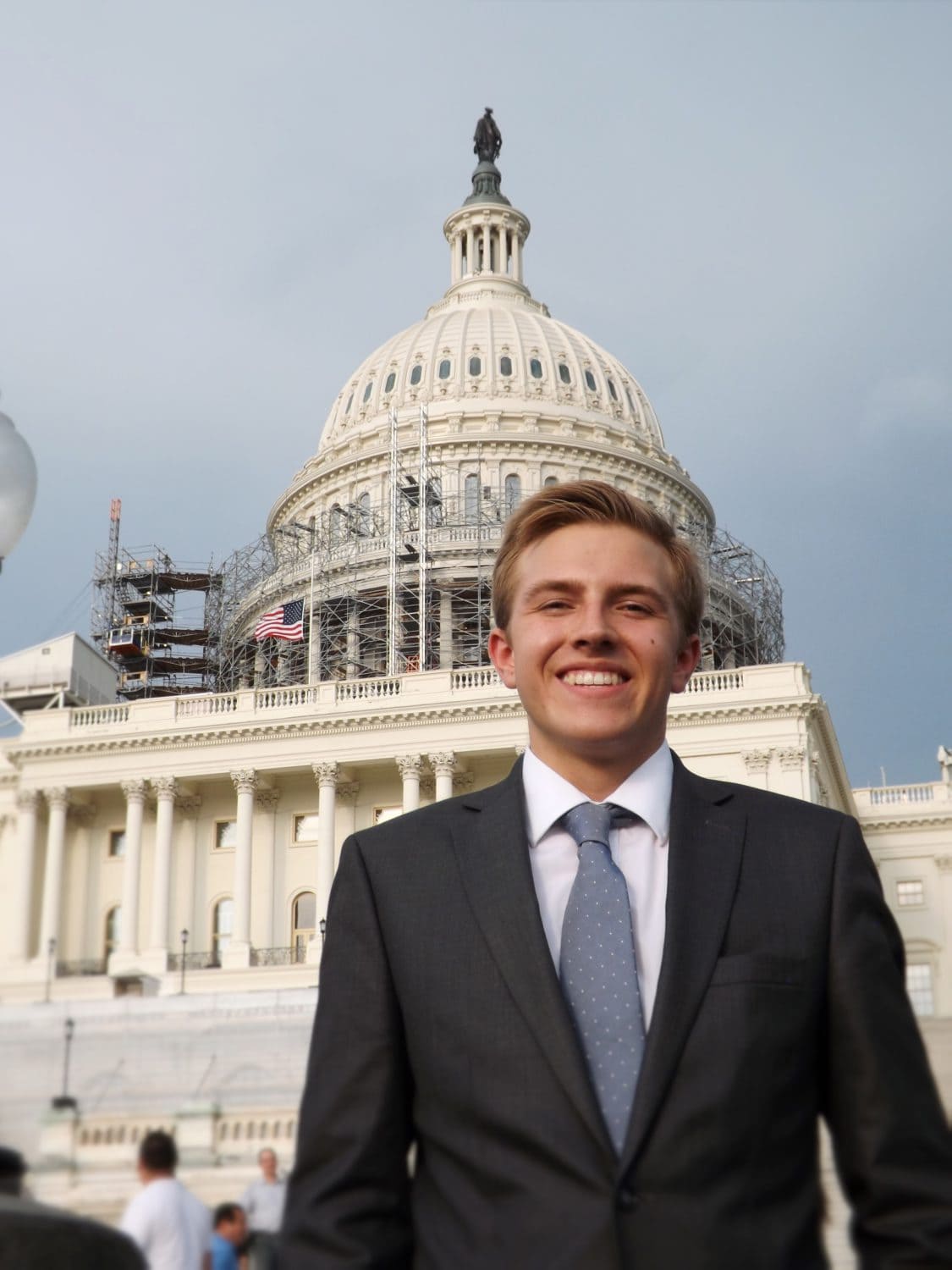