I would have never known the Encore I was provided to test drive for a week was a Buick were it not for the badging. It has been literally years since I have been in a Buick. I’m not sure why. I guess they haven’t had many launches or there haven’t been many in the media fleet.

Regardless, this past week Buick scored an “Encore” with this driver. It took a while for me to comprehend all the “ins and outs” of this smart compact SUV. In fact, I went four days into the week before I figured out how to set the “miles remaining” readout on my instrument display. It’s always one of those aspects of a vehicle that I like to know since I never want to remain on the side of the road with a fuel tank that has run empty. On many vehicles, such features are intuitive, but on this one I had to push in the button on the end of turn signal. I had never driven a vehicle in which this was the required action to change the readouts on the instrument display.

My test model was equipped with a 1.4 liter turbocharged engine with a six-speed automatic transmission. $34,075 brought along a power moonroof ($900), the turbo ($895) and start-stop intelllink radio/nav 8” screen, apple carplay, Bluetooth connection with your smartphone as extra featues above the base model, which would cost $30,465.

I guess it was due to my lack of driving a Buick lately, but the Apple Carplay feature did drive me a bit nuts at times. Every time I plugged in my phone to charge it, the Sirius/XM radio immediately went away and my phone info showed up on the screen. I never did figure out how to automatically get rid of it so just made sure my phone was fully charged when I drove the vehicle. I’m sure had I bought the vehicle or attended a launch event someone would have explained to me how to turn off the automatic pairing feature, so buyers should probably not concern themselves with it.

My next test vehicle is the Chevrolet Trax. I am writing this review after spending a couple days with the Trax. I do recommend that someone in the market for a General Motors branded compact SUV test drive the Trax and the Encore back –to-back before making their decision on which model to bring home to their garage. 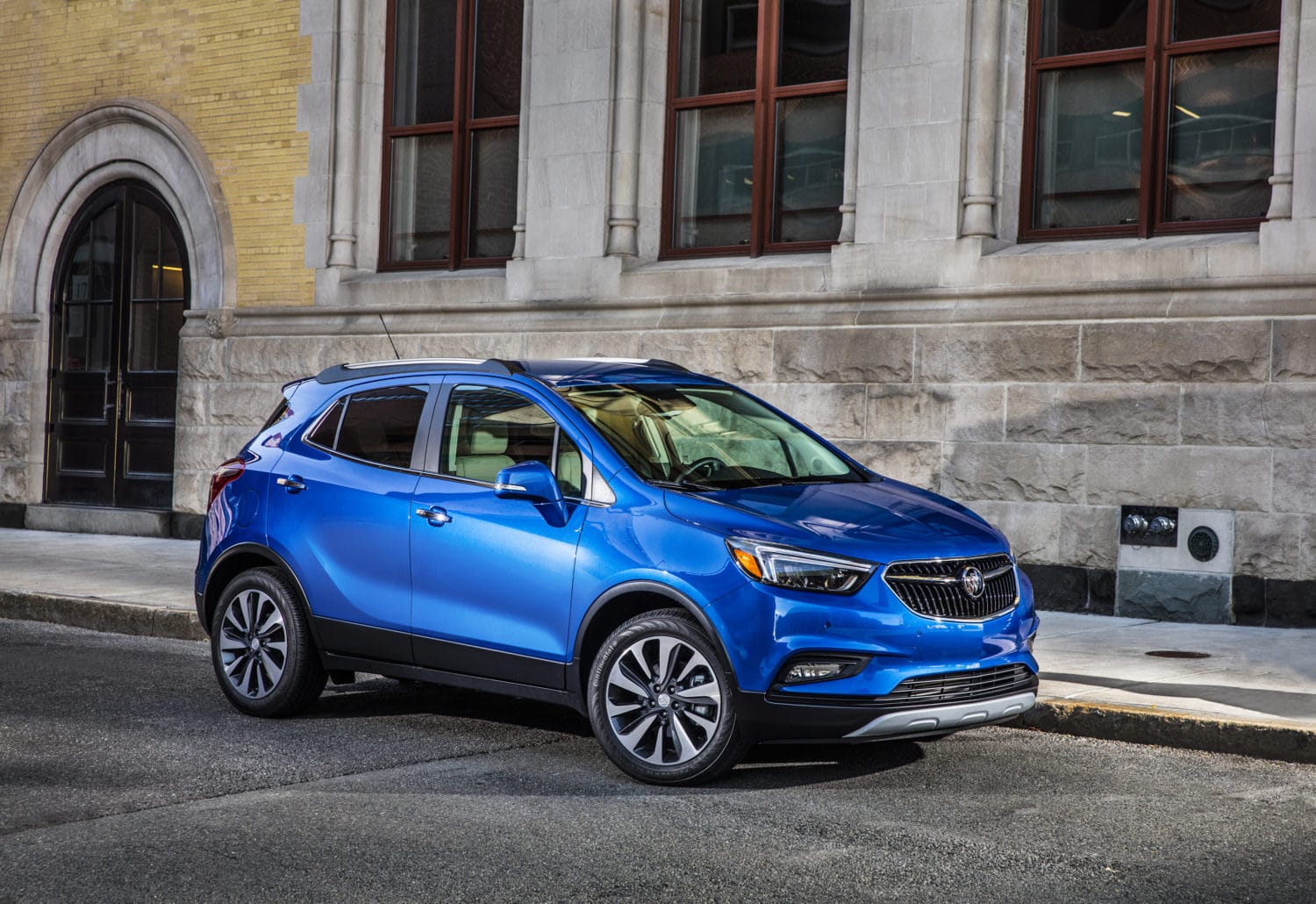